10 most beautiful tourist places can be visited in China

China has one of the oldest human civilizations. And it includes Chinese civilization to many places of historical and tourist attractions that attract her famous tourists annually.We review the most important tourist places that you can visit in China . 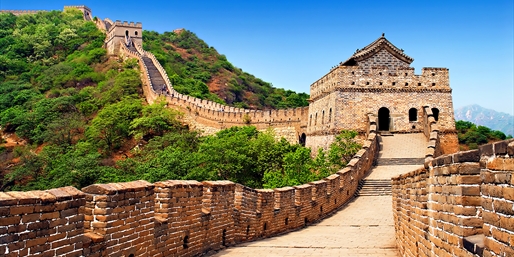 The Great Wall of China is a wall extends to northern and northwestern borders of China (PRC), of Chnhuangtao on the Gulf of Bohai Sea (Yellow Sea) in the east to Gautay area in Gansu province in the west. Another wall has been built to the south, extending from the Beijing area to Handen. The Wall of China from one of the wonders of the ancient world, which was built by hand without machines built in the fourth century BC, is the tallest building in history where extends for about 6400 km it was in the old is considered a shield to protect the northern border of the enemy and the invaders In the present day has become considered the most prominent tourist sites in China, annually visited by more than 130 million visitors from around the world. 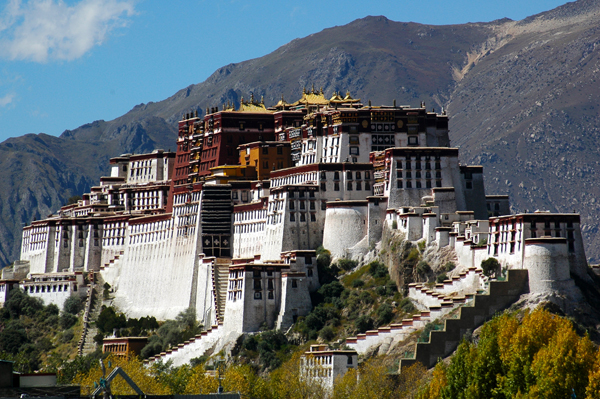 Potala Palace is a famous group of palaces in the form of Castle is located on a mountain top in Hongshan Lhasa in China`s Tibet. Palace date back more than 1,300 years, was founded in the seventh century. Potala Palace rises more than 3,700 meters above sea level, the total area of more than 3,700 square meters, in length from east to west 360 meters, and width from south to north 270 meters, under the Potala Palace of the Dalai Lama`s headquarters until the 14th Dalai Lama, who fled to India, after the Chinese invasion in 1959. crosses of the highest and most luxurious collection of buildings in the world, gathered between the palaces, castles and temples.

Imperial Palace or the Forbidden City of historical monuments for the city of Beijing. Palace is located in the heart of the city, and to the north of the "Tiananmen Square. Classified by UNESCO within the World Cultural Heritage. It is one of the most important tourist destinations in China.
Imperial Palace is located in downtown Beijing. It was the residence of the emperors of my family, "Ming" and then "Qing". And it is famous as the "Forbidden City". Its construction took 14 years (1406-1420 AD). The largest collection of preserved ancient palaces in China.
There at the Imperial Palace about one million pieces of rare artifacts. And it became a comprehensive museum combines ancient architecture and the effects of various ancient empire and the arts today.

Victoria Harbour is a natural port situated between Hong Kong Island and Kowloon Peninsula in Hong Kong. The depth of the water in the harbor and strategic location on the South China Sea, was instrumental in the establishment of a British colony in Hong Kong and later developments an international business hub. Port witnessed throughout its history many reclamation projects on both the beach, but still maintains a turn as a port for thousands of international ships each year.

It is known for its scenic harbor, where the port is one of the regions major tourist attractions in Hong Kong. Considering its location in the middle of the territory of the dense urban area, the harbor hosts the annual fireworks display also includes parks and popular gathering places for tourists and residents. 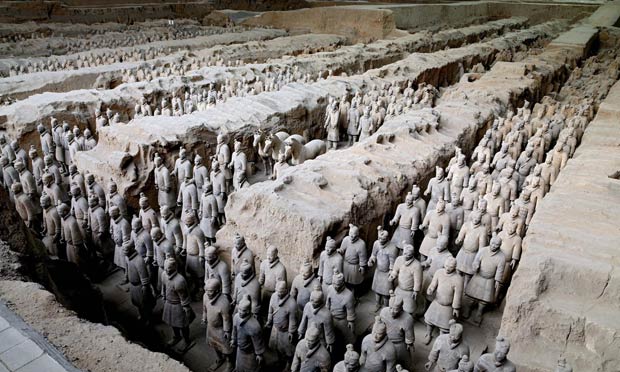 This place is Xian Xian city (or Xi`an) northwest China, and time is the year 246 BC, when he ordered China`s first emperor Qin Shin Huang to build this army to be buried with him when he dies, and is then Ken that there will be no two are alike in this army whole, and this is what has already been surprising brilliantly.
Where he participated nearly 700,000 people to build thousands of symmetry mud dissimilar minutes the features of an amazing degree, and put it in the oven temperature up to a thousand degrees Celsius, then leave to cool and coded and decorate it!
The way that makes it difficult for anyone discovered this shrine was built, and it is not already discovered only by accident in 1974 when he was a group of local farmers digging a well, only to discover this legendary army. Three drill discovery of yet, this includes drilling approximately Al8,000 fighter with administrators, musicians, and 130 B520 horse wagon, next to the 150 HP of the knights! Experts predict that there are many more pits containing the terracotta soldiers did not discover yet!
UNESCO has added this shrine to the World Heritage List in 1987 for its value priceless.
It is worth mentioning that the Chinese authorities to prevent the entry or filming this shrine with the exception of some small places that have been opened to the public. Cruz River runs me from Guilin to Hangzhou, one of the most important rivers in China, where extends on both sides of the spectacular landscape of the river with the stunning hills, and in the self time you can watch the acute and wonderful caves and agricultural villages slopes. Scene you will see along the river makes it one of the most important tourist attractions in China.

One of the major tourist destinations in China, Mount Huang or yellow mountain is a mountain range in the east of China. I can find in this region, animals and trees, including pine, as I am the tops of these mountains of granite forms a strange problem in the form of points. Currently this region where there are corridors and vehicles can be transported to the peaks people to enjoy the beautiful scenery.

Statue of Leshan Giant Buddha is located at the confluence of three rivers point in the southern part of the province of Sichuan, near the city of Leshan in China. This statue built during the reign of the Tang Dynasty (618-907 m). The statue is the biggest statue of Buddha carved into the rock in the world. Indeed, the area where the giant statue listed as a World Heritage Site since 1990 by UNESCO. The statue was not damaged by the earthquake that hit China in 2008.

Mogao Grottoes are ancient caves dating to the pre-1600 years is located in Gansu Province, northwest China. Caves containing ancient mural fees, and there are caves in more than 2,000 units of colorful and 45 thousand square meters of frescos carvings in more than 730 caves spread at 1600 meters along the plateau. Has come under a lot of frescos types of deterioration is the precipitation and deflating the chapter on the walls and even though most of the caves were closed and remains closed to the public. Become caves Site No. 440 in the list of UNESCO World Heritage in 1987. 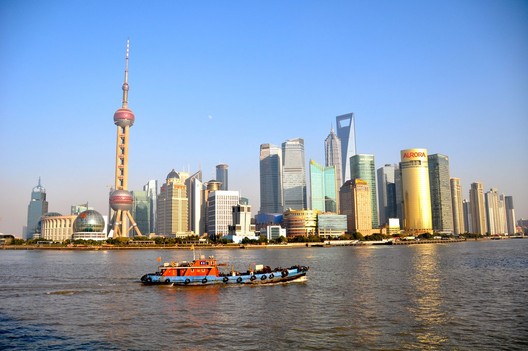 Is the Pudong district of Shanghai on the east side of the Huangpu River, which emerged as a center of China`s financial and commercial. Horizon towering skyscrapers rise of agricultural land was only just 20 years ago. Skyscrapers include the Oriental Pearl Tower symbolic, and the Shanghai World Financial Center, the construction of the Jin Mao Tower and Shanghai which must be completed in 2014.

And now you will visit these places when you visit China?